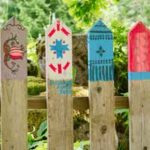 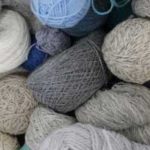 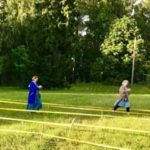 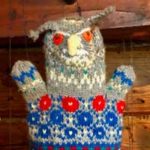 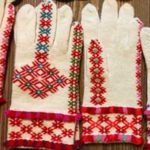 Hey you knitters from all over the world. Isn’t it amazing how we all love to see our hobby taken to new dimensions? The ‘Walk and Knit Olympics’ were part of the Nordic Knitting Symposium in Viljandi. The second one of our two excursions took us to small Heimtali. It is the home of art professor emeritus, knitter and weaver Anu Raud. 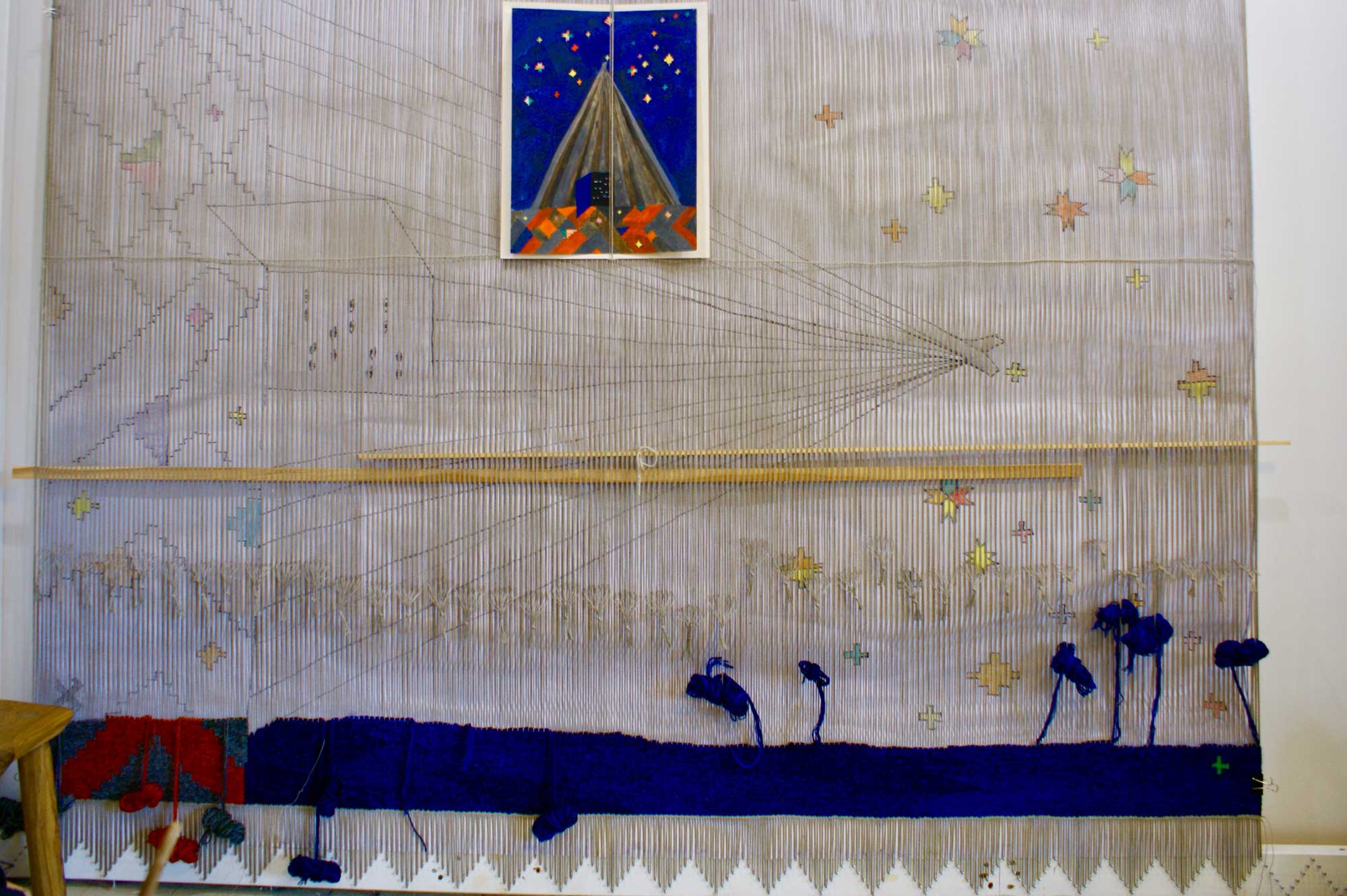 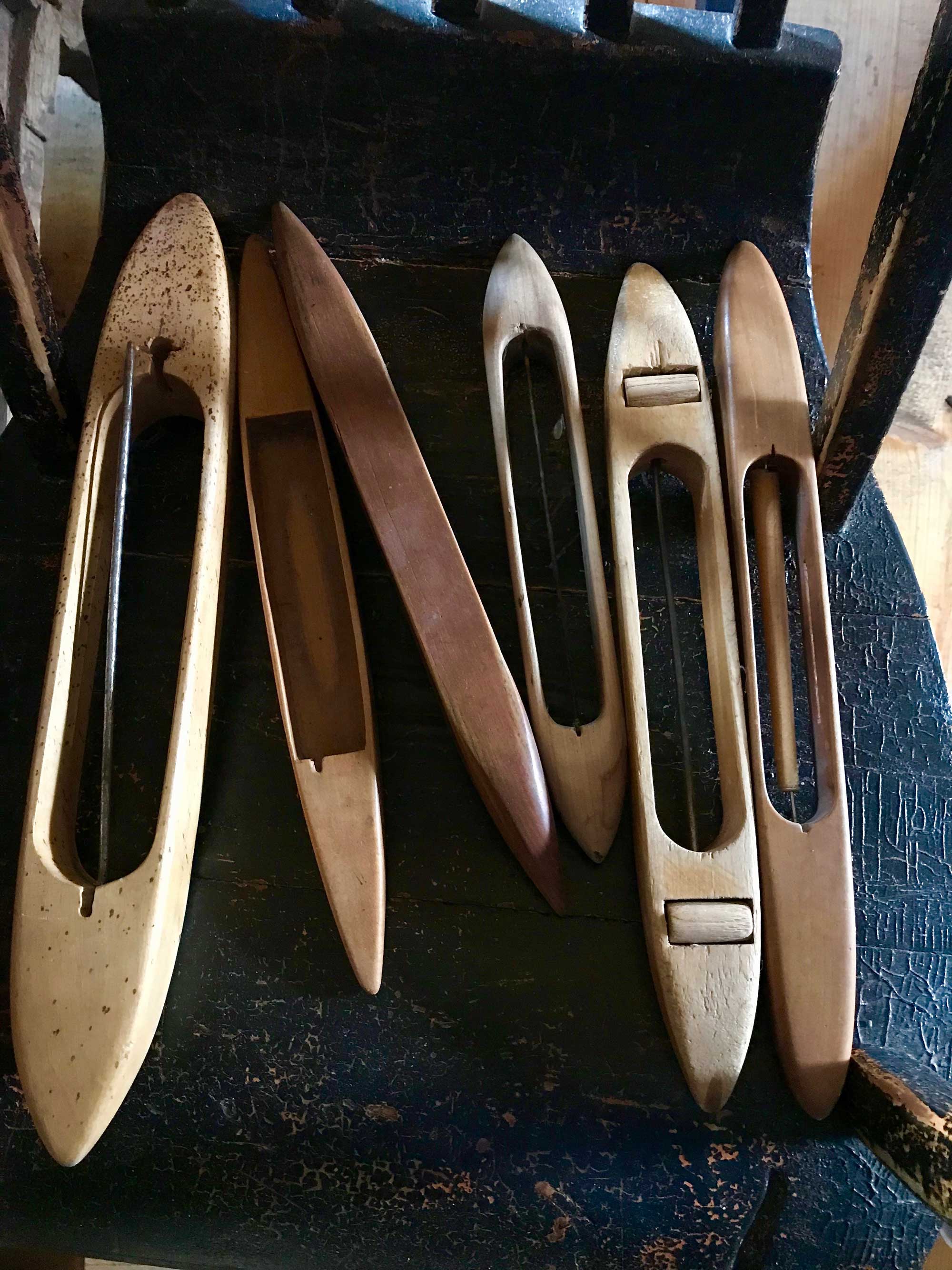 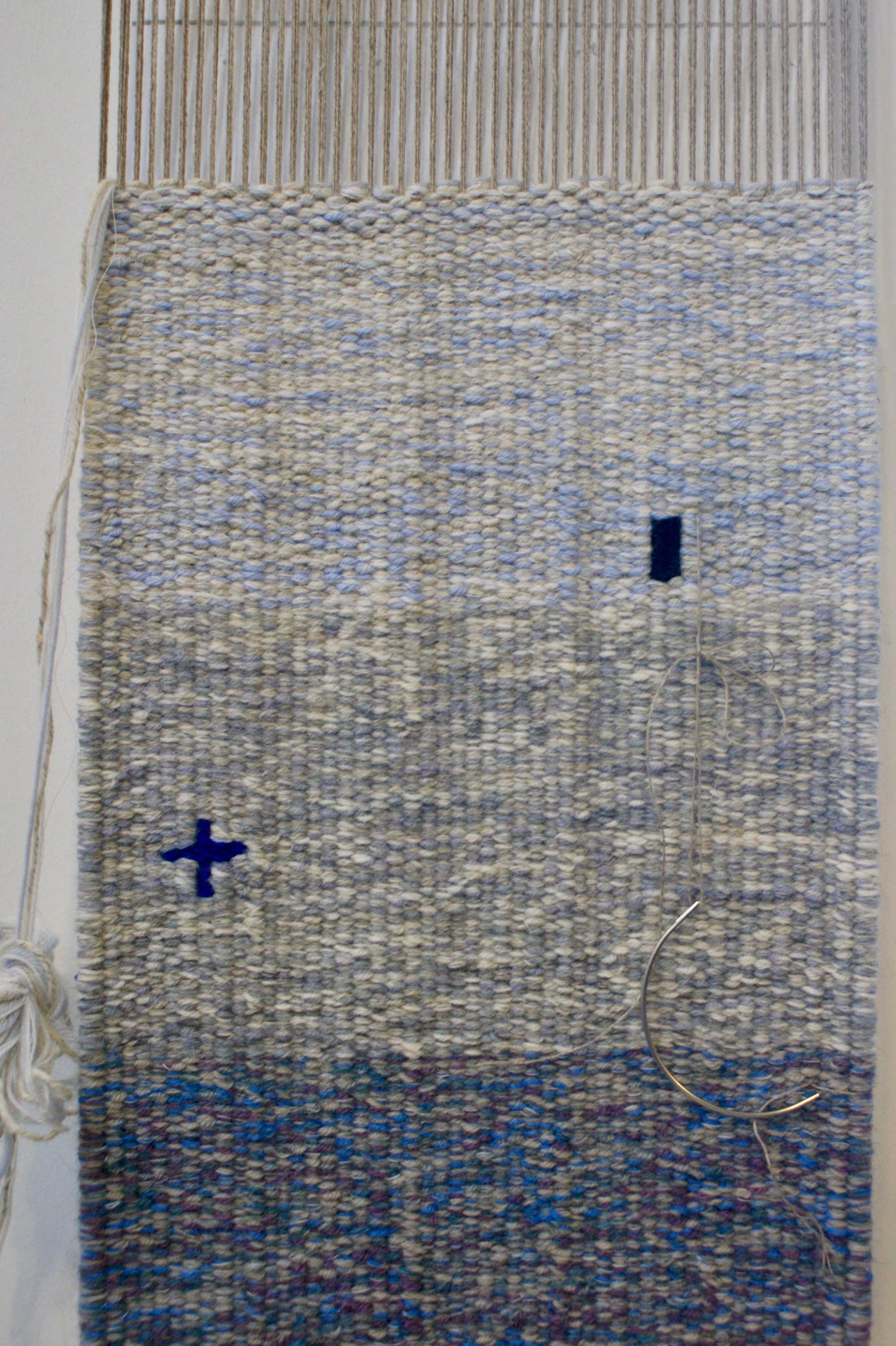 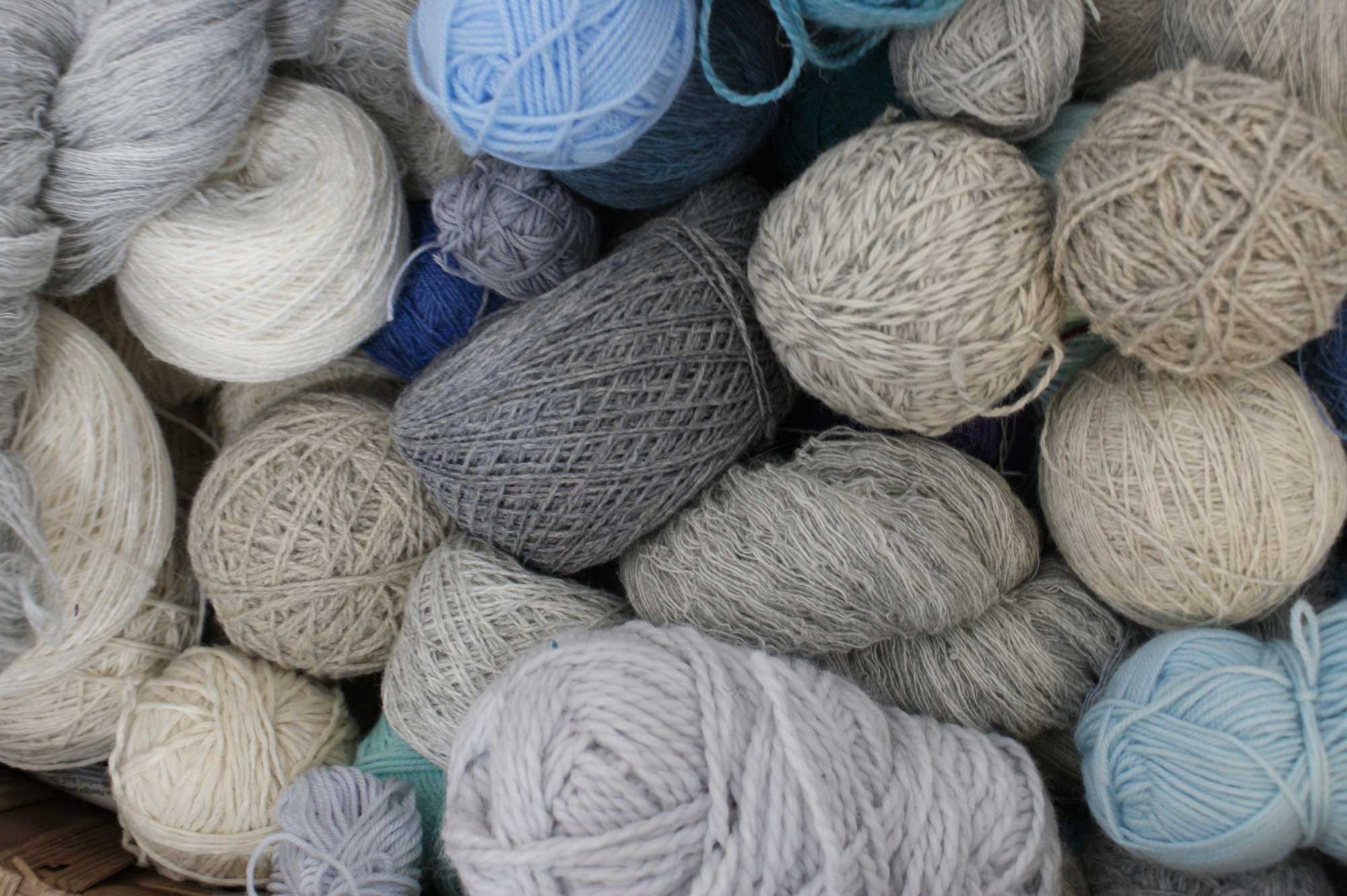 Heimtali consists of several buildings. In the old schoolhouse she established a museum with her wonderful collection of traditional costumes, which is part of the Estonian National Museum. 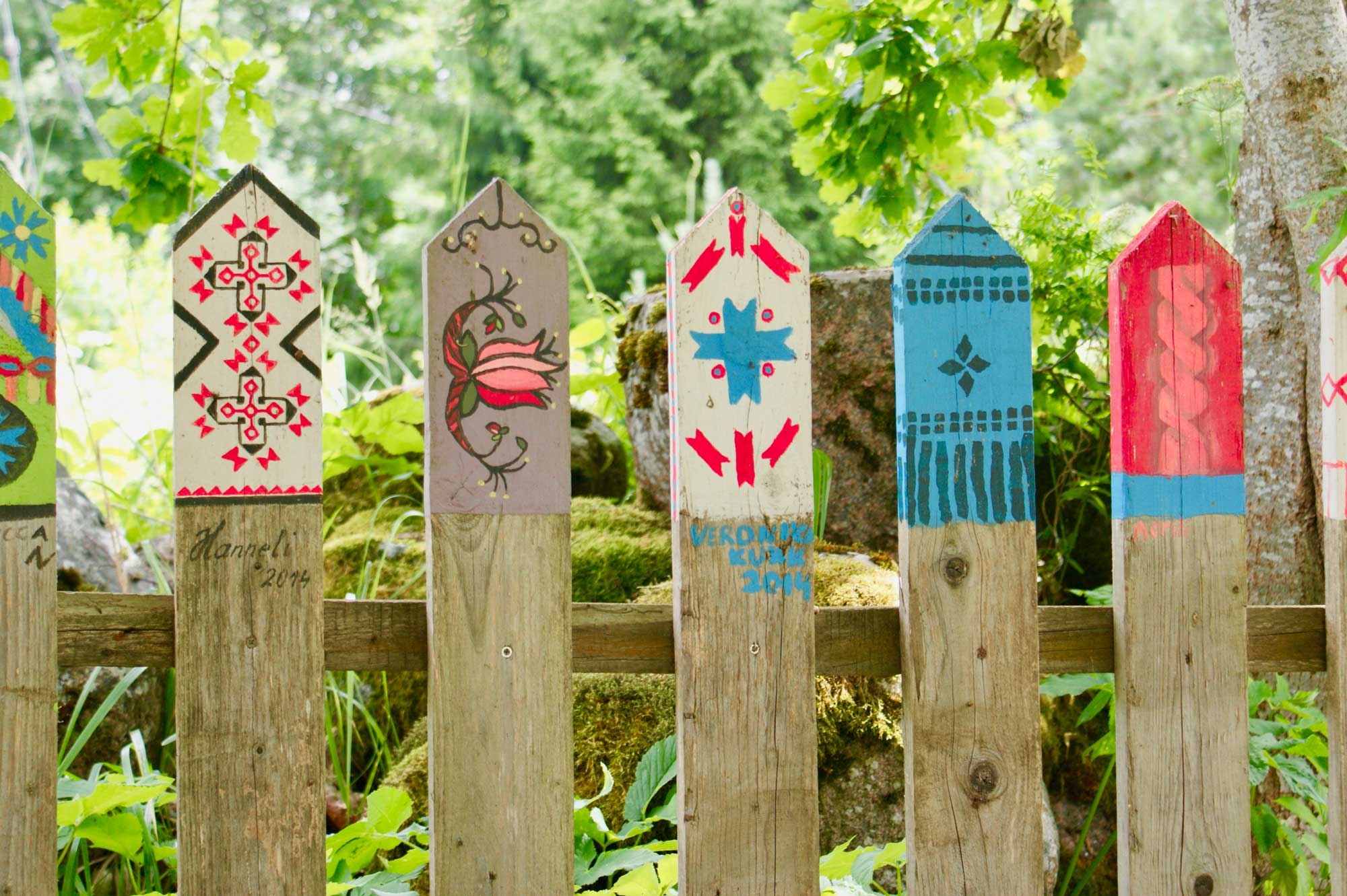 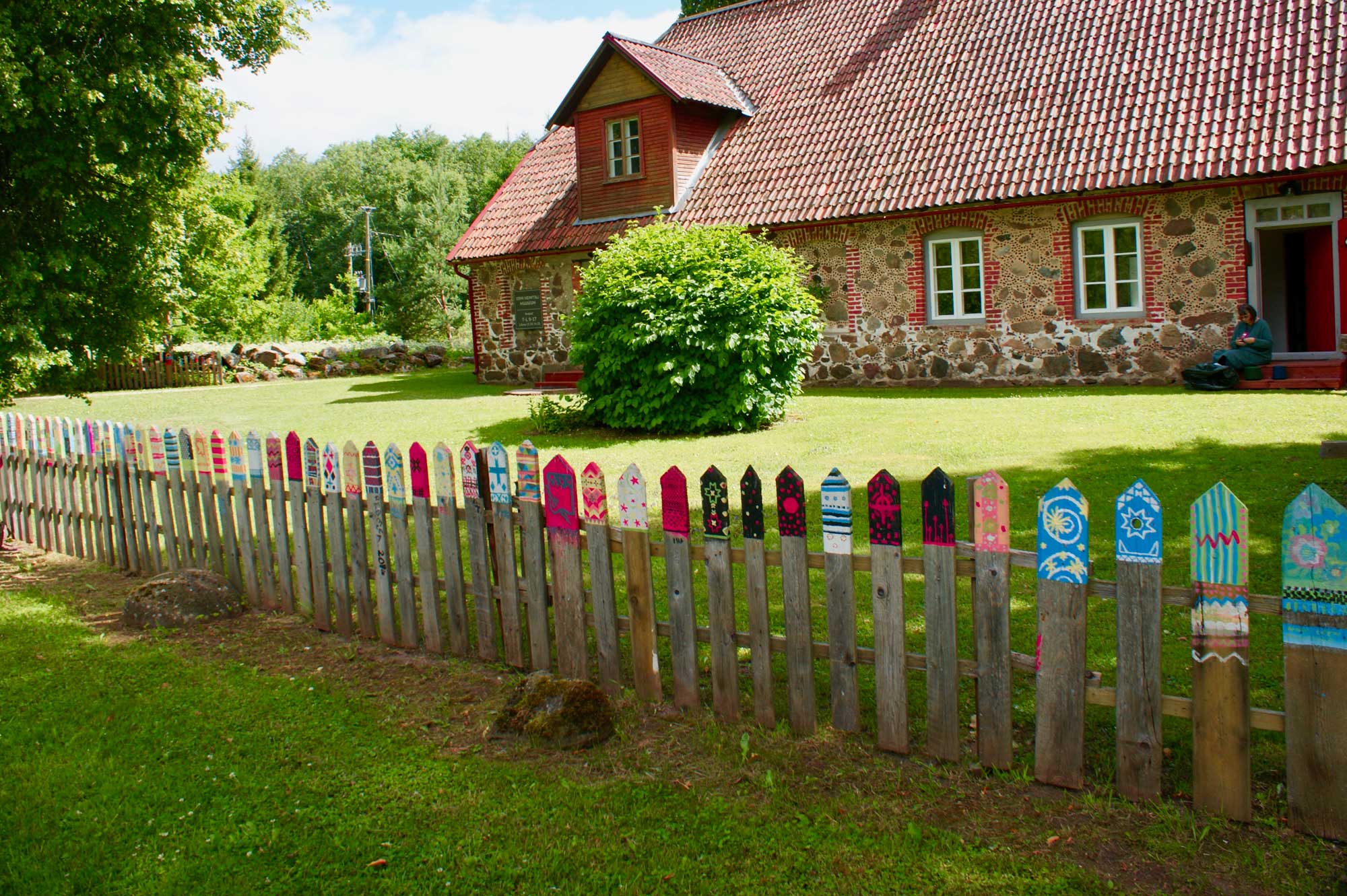 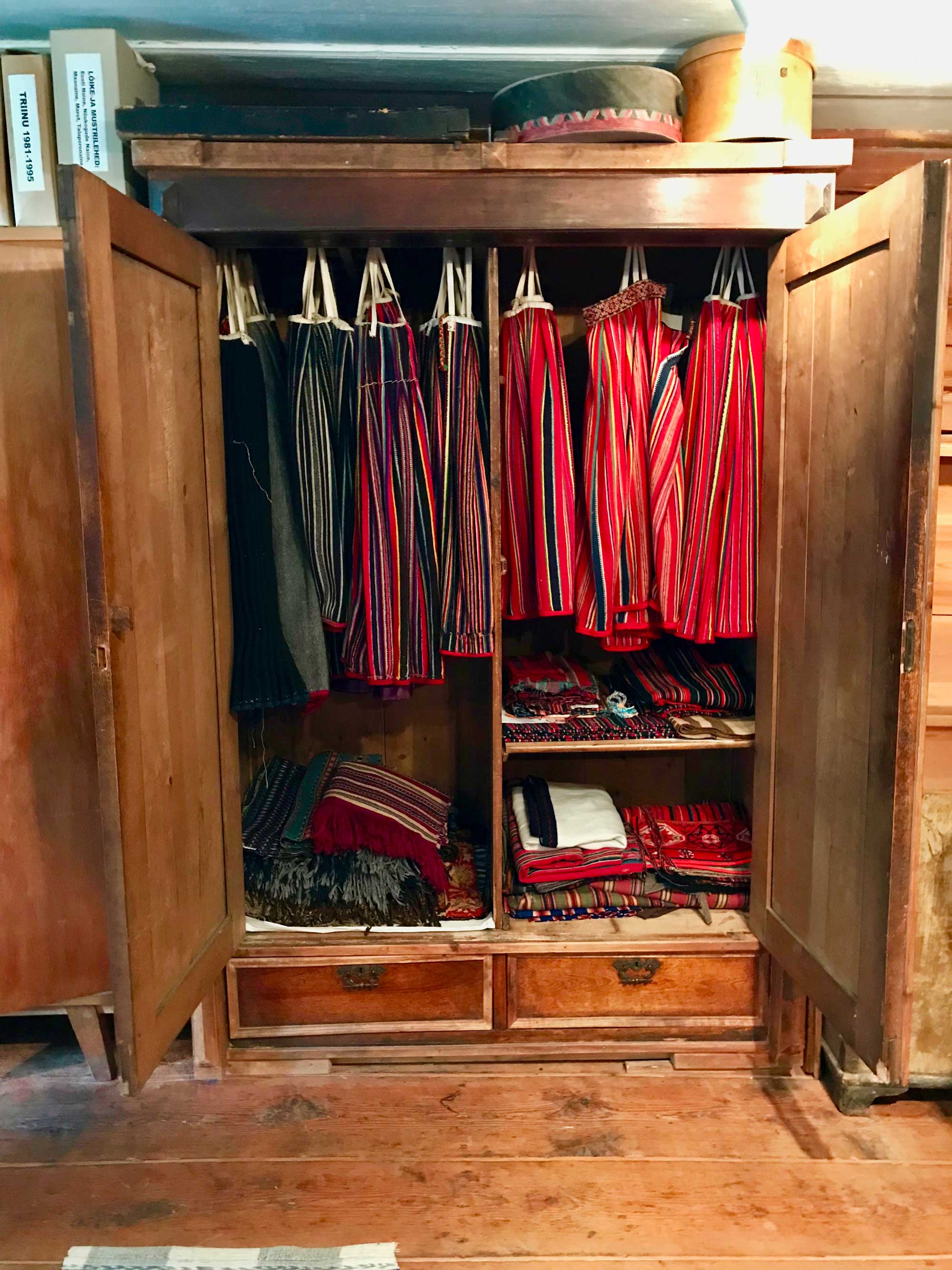 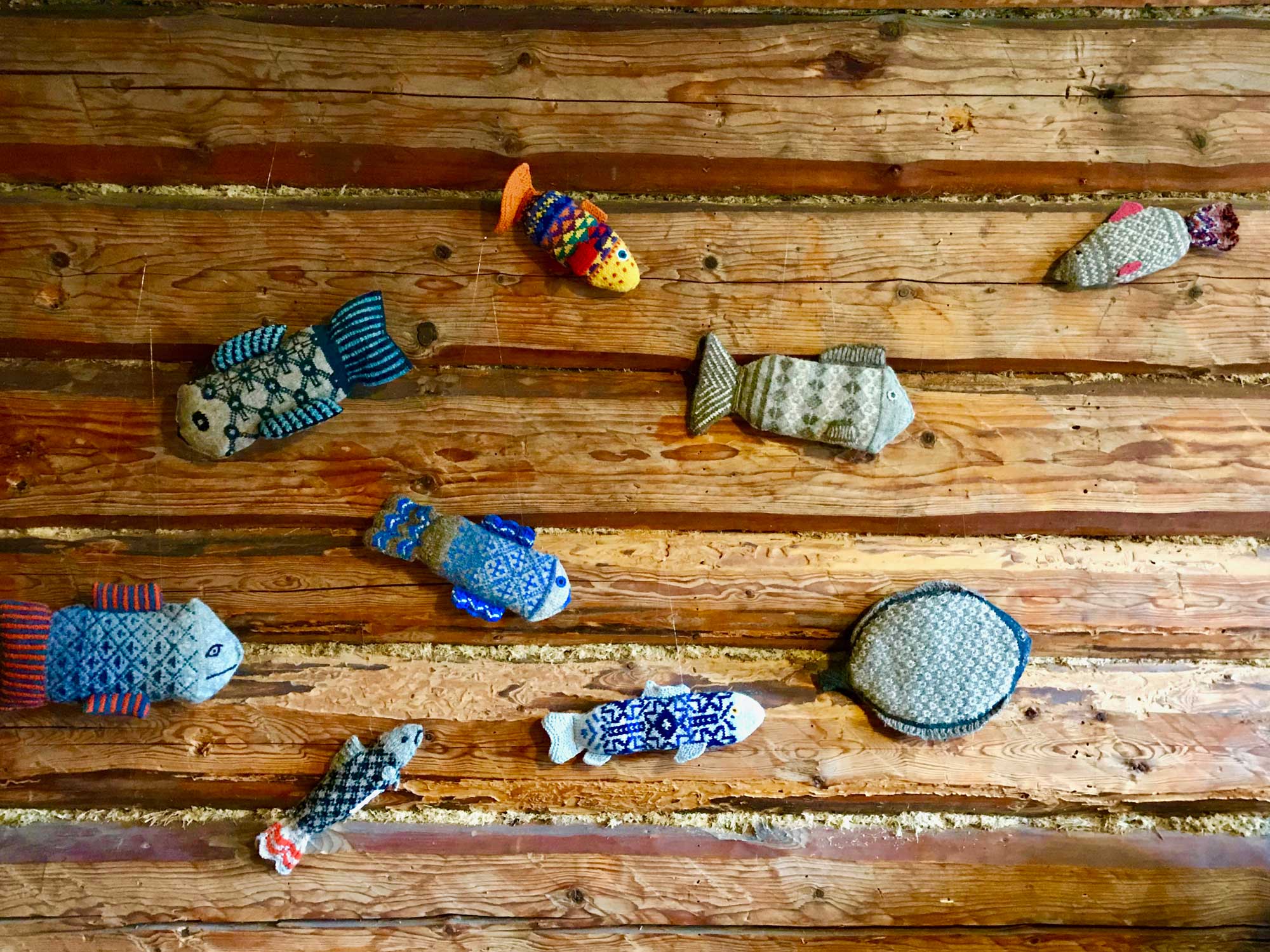 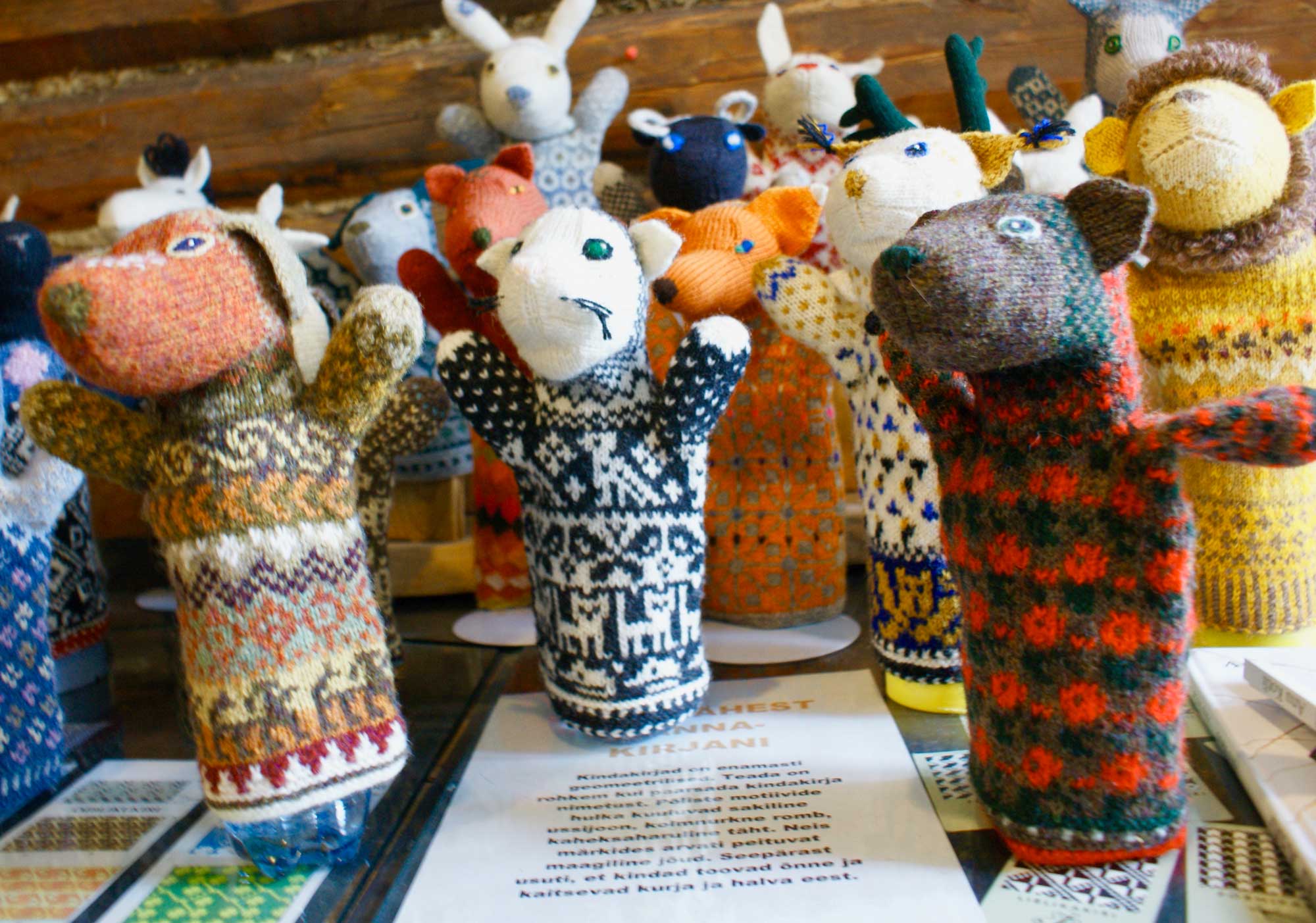 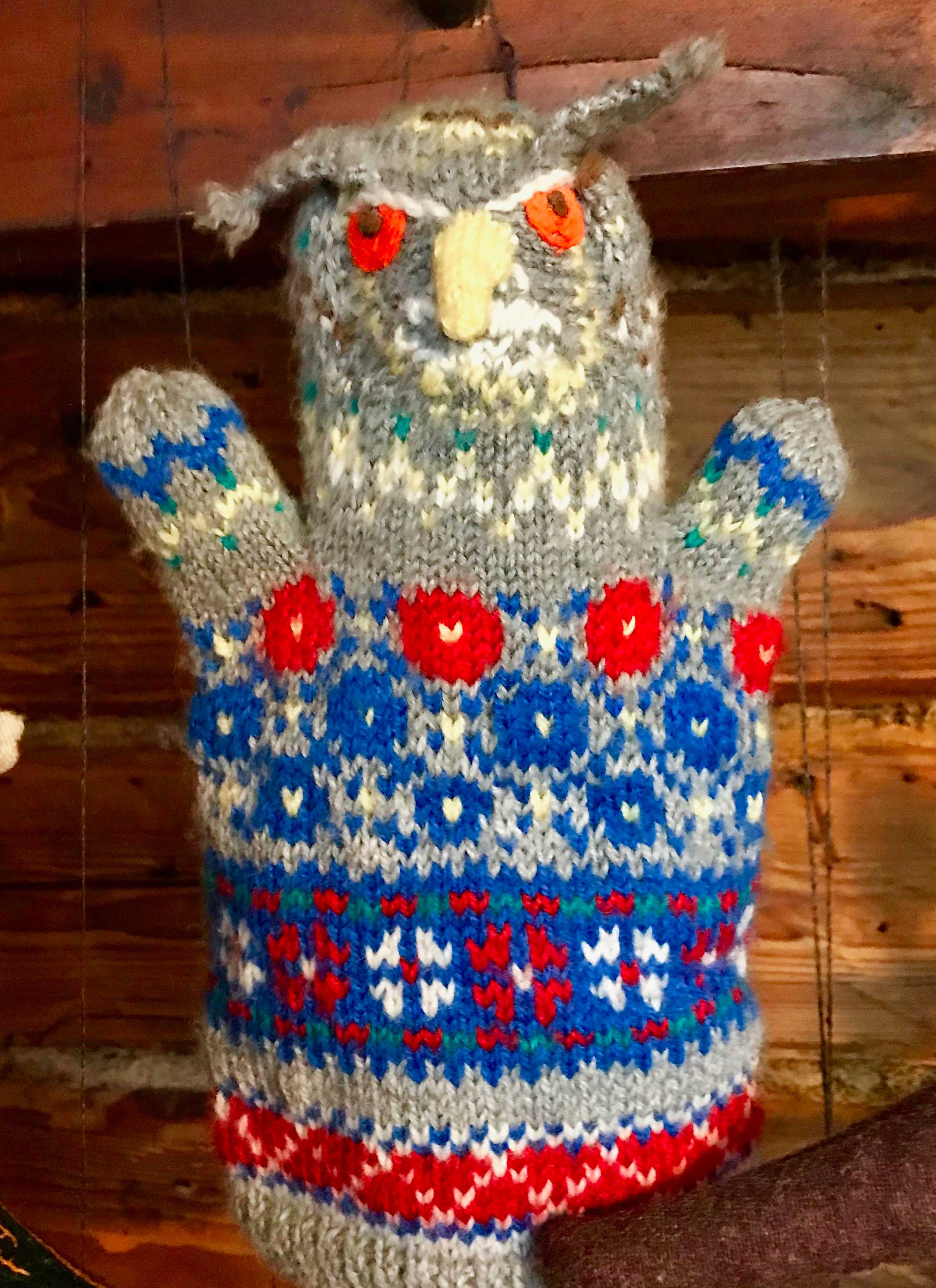 In another building we were allowed into her weaving and art studio. Anu Raud was professor at the Viljandi Culture Academy, where she established the Estonian Native Craft Department and the textile curriculum. In yet another building accomplished knitters showed us their skills and tricks. 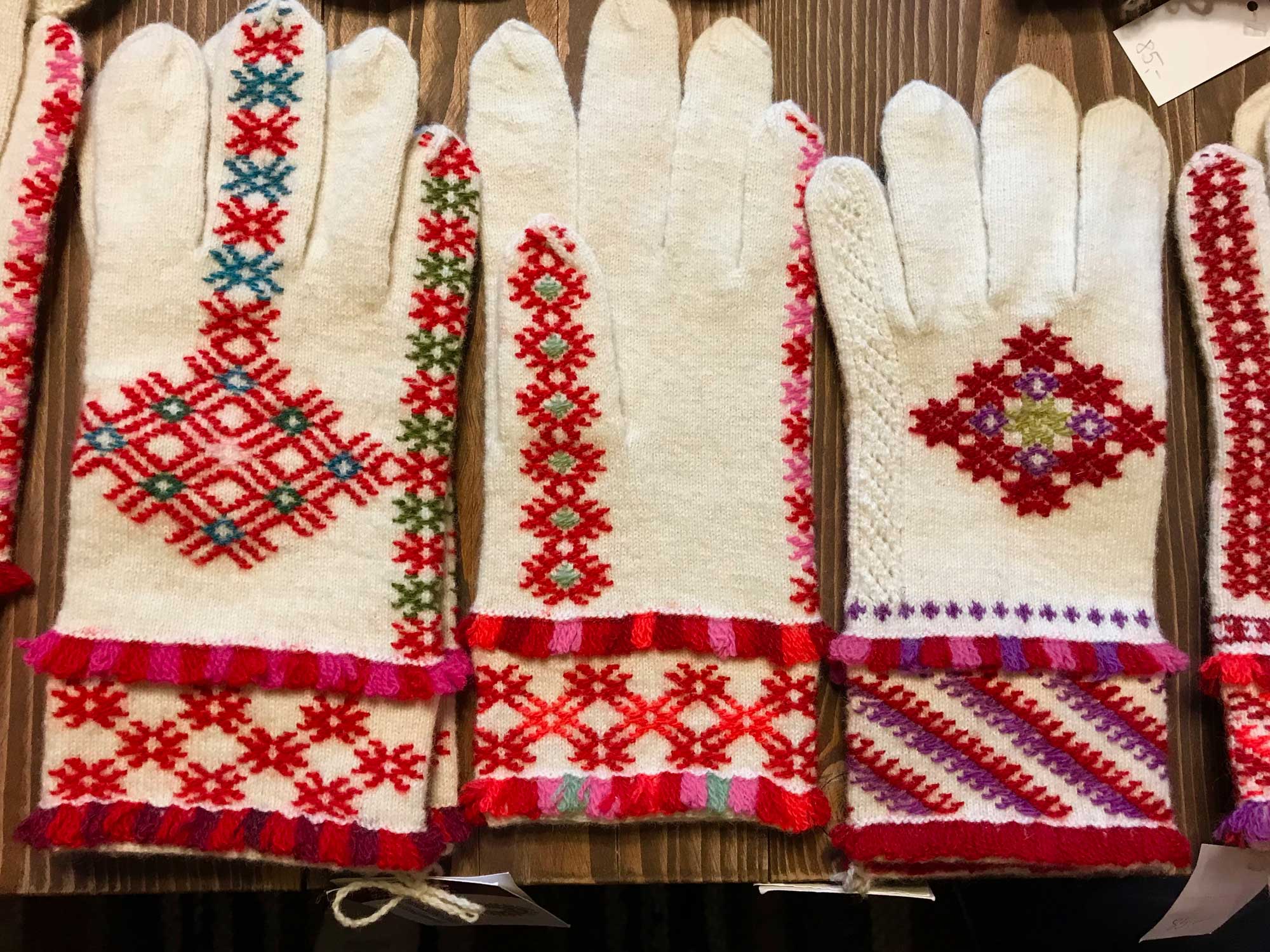 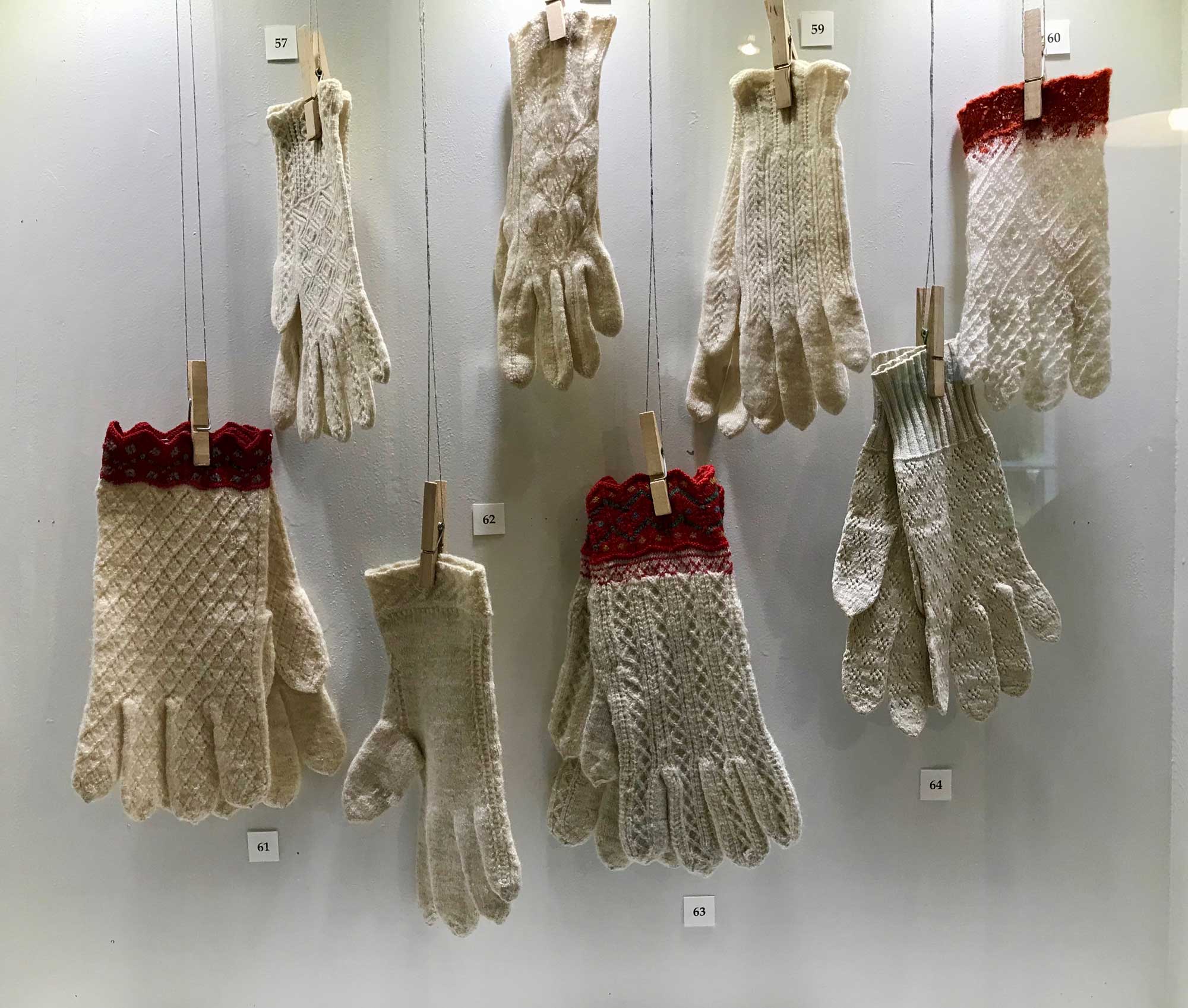 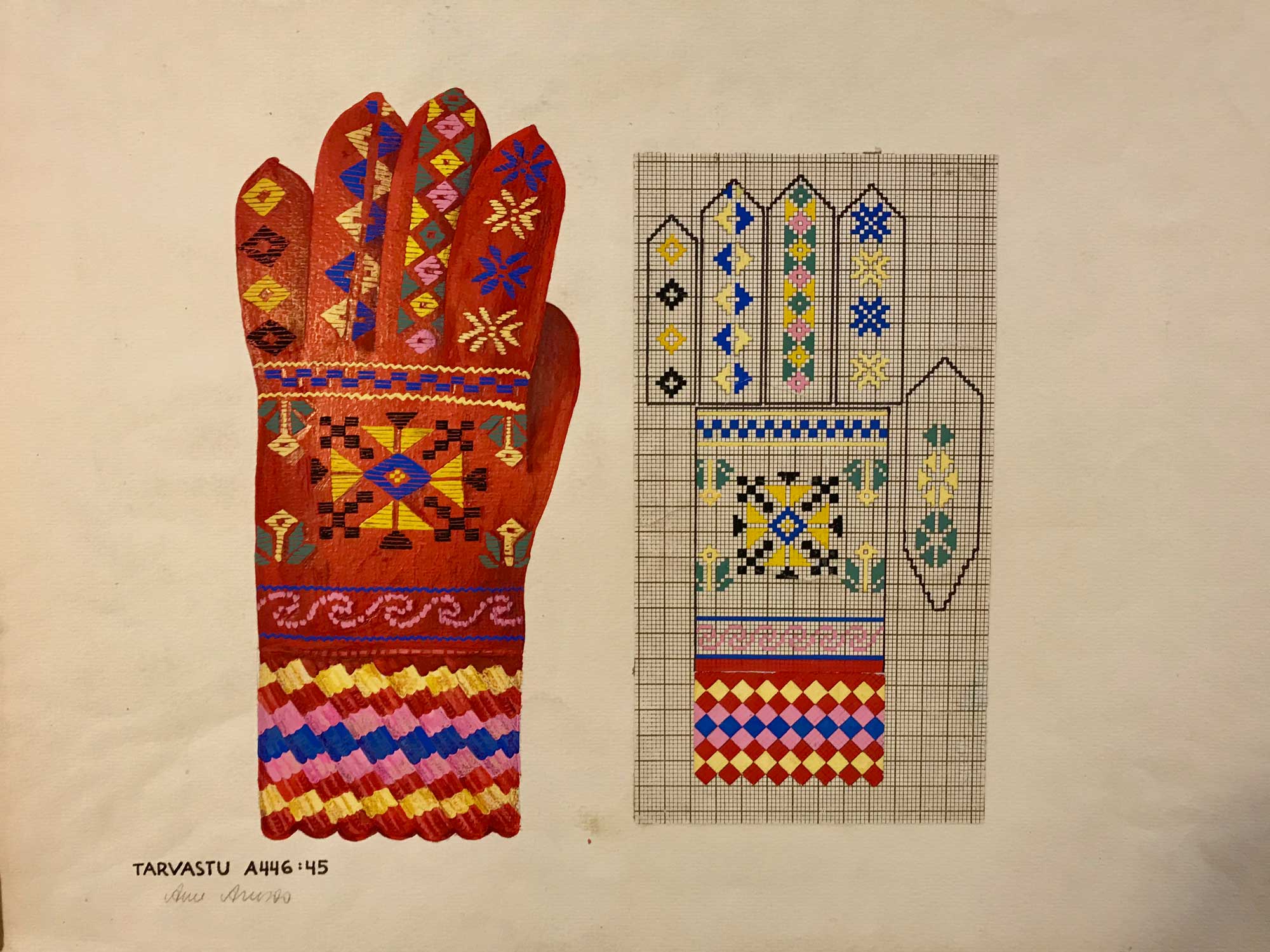 But what we were all excited about, was the course with the the yellow bands, that was set up on the area opposite of the museum. Estonian handicrafters ‘  had held a ‘Käi ja Koo’ , that is ‘knitting-while-walking’, competition, already six times since 2012. This year they had waited for the Nordic Knitting Symposium to take place, because of all the international knitters, they now were able to compete with. A record number of 15 teams, each with four members, participated. Even an Asian team could be formed.

The rules were easy: walk up and down the course while knitting plain rows on sock needles. Don’t stop and hand over the knitting bag and the knitting with a finished row to your next team member. Not the speed counted but  the quality of the knitting. Then the knitting was evaluated by an expert team and the best five teams were invited to take part in the finals.

The true spirit of the Olympics prevailed: To take part for the fame of the sport and the team. Doping wasn’t an issue – I’ve heard one team arguing about wether or not they should have a glass of wine the evening before the event. But I won’t say if it was the winner-team, one of the finnish teams. Second was a Finnish/Norwegian Team and third a Latvian/Lithuanian Team. A short film can be seen on my facebook page.

There was a special price for the Estonian Team with all the teachers. What they showed us in the workshops and lectures I will write about in my next entry.

Knitted these comfy mittens some years ago with Sh

All christmas presents are opened. So there is no

I‘m so absurdly in love with Selbu knitting-patt

Almost there - just in time for the cold temperatu

First one finished, starting on the second for the

Usually I never do swatches! But for the Selbu-soc 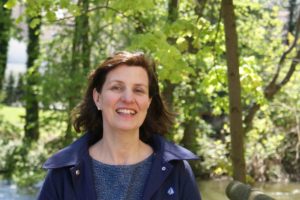 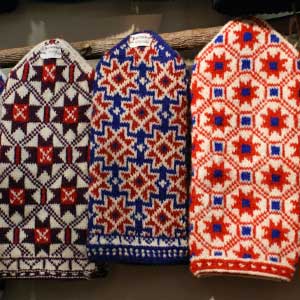 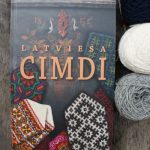 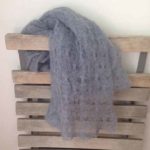 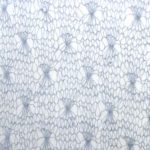 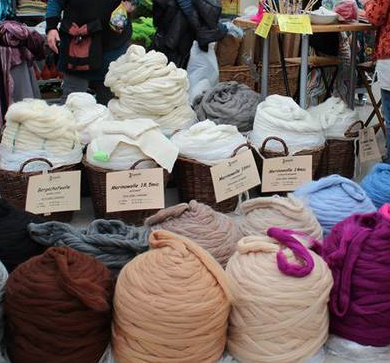 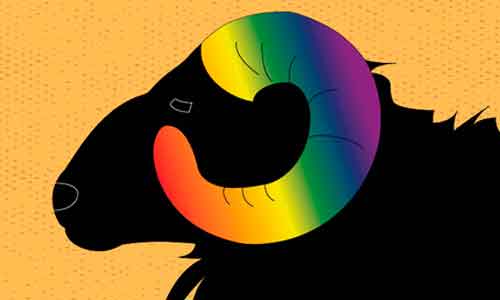